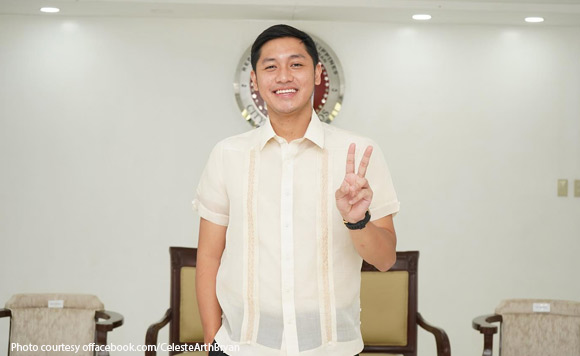 0 326
Share
Want more POLITIKO News? Get the latest newsfeed here. We publish dozens and dozens of politics-only news stories every hour. Click here to get to know more about your politiko - from trivial to crucial. it's our commitment to tell their stories. We follow your favorite POLITIKO like they are rockstars. If you are the politiko, always remember, your side is always our story. Read more. Find out more. Get the latest news here before it spreads on social media. Follow and bookmark this link. https://goo.gl/SvY8Kr

In a statement on Monday, November 15, the young politiko said the armed cop was part of the security team requested by a school official to help protect VIPs, government officials, and even the media.

Celeste issued the statement after the photo of the armed cop went viral on social media.

“Contrary to the statement of the DepEd and the media, THE OFFICER IS NOT PART OF MY SECURITY DETAIL as he is, in fact, part of the security team requested by a school official of Longos Elementary School to provide security for members and officials of the PCOO, the media, the DepEd, and other VIP to ensure the safety and well-being of our students, teachers, parents and stakeholders,” said Celeste in a Facebook post.

The mayor then reminded the media to “observe responsible journalism.”

“I would like to gently remind our friends in the media to observe responsible journalism especially during this time when fake news is rampant,” he added.