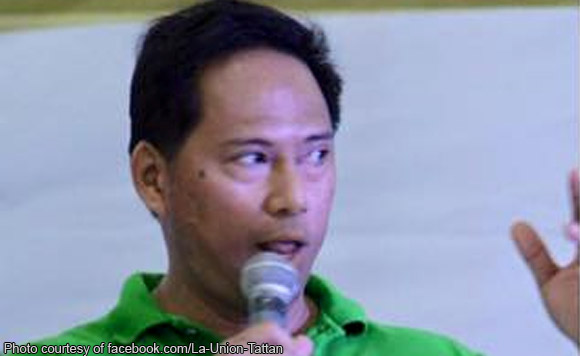 The Sandiganbayan 7th Division has upheld the indictment of former La Union 2nd District Representative Thomas Dumpit Jr. over charges concerning the misuse of P43.6 million of his pork barrel.

The anti-graft court has issued a resolution which found probable cause to charge Dumpit with graft, malversation and malversation through falsification.

The case stemmed from the release of his Priority Development Assistance Funds (PDAF) from 2009 to 2010 amounting to P44 million.

The funds were coursed through 11 non-government organizations of the Godofredo Group, which is owned by his co-accused Godofredo Roque, to implement livelihood projects in La Union.

However, the Office of the Ombudsman which filed the charges discovered that the projects were non-existent.

Though Dumpit claimed his signatures were forged in the documents being used as evidence against him, the court ruled “the duty to determine the authenticity of a signature rests on the magistrate, who must conduct an independent examination of the signature itself, in order to arrive at a reasonable conclusion as to its authenticity.”

“Forgery cannot be presumed,” it stressed.

Meanwhile, Dumpit posted a P315,000 bail before the court after being allowed to only pay half of the P630,000 bail being asked of him.