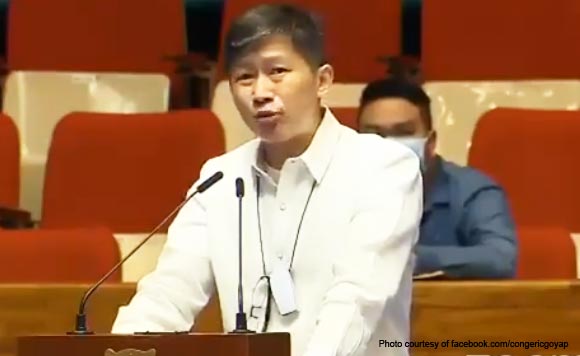 0 182
Share
Want more POLITIKO News? Get the latest newsfeed here. We publish dozens and dozens of politics-only news stories every hour. Click here to get to know more about your politiko - from trivial to crucial. it's our commitment to tell their stories. We follow your favorite POLITIKO like they are rockstars. If you are the politiko, always remember, your side is always our story. Read more. Find out more. Get the latest news here before it spreads on social media. Follow and bookmark this link. https://goo.gl/SvY8Kr

Benguet caretaker and ACT-CIS Representative Eric Yap said it is unfair for ordinary Filipinos that ABS-CBN has been “avoiding” paying taxes for a long time.

The Benguet politiko made the claim during the House hearing on the ABS-CBN franchise.

Yap explained that the media giant set up distribution companies in “tax haven” countries like Cayman Islands, Luxembourg, and Hungary.

“What does tax haven mean? It is a country or independent area where taxes are levied at a low rate. Various reading materials state tax havens offer themselves as a place where non-residents can escape high taxes by putting their assets or businesses in that jurisdiction. Exactly what ABS-CBN has been doing for a long time,” he explained.

“They can say whatever they want, they can say that they just want to be competitive in the international market but at the end of the day, naiwasan nila ang pagbabayad ng 30% tax sa ating bansa,” Yap added.