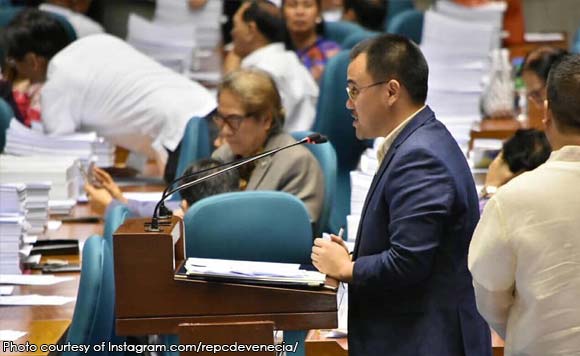 Pangasinan Fourth District Representative Christopher “Toff” de Venecia said he is happy to have been elected as House Deputy Majority Leader under the 18th Congress.

His election on Wednesday, July 24, means the politiko is returning to the committee on rules.

“Happy to be elected today as Deputy Majority Leader of the 18th Congress and to be returning to the Committee on Rules where I came of age and learned the ropes during my first term,” said De Venecia.