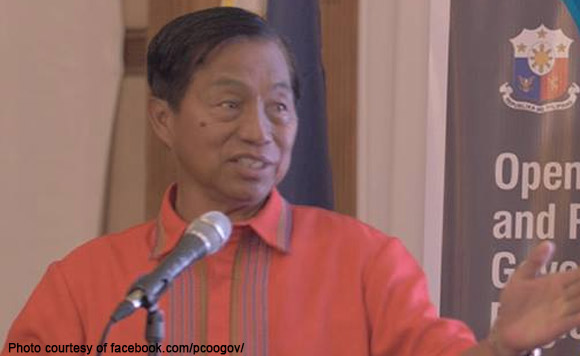 Baguio City officials welcomed the plan of the Department of Tourism to look into the environmental state of the City of Pines as possibly the next tourist spot for rehabilitation after Boracay Island.

But they are confident Baguio will not suffer the same fate as Boracay, which is up for a six-month closure from tourists starting next Thursday, April 26.

Baguio Mayor Mauricio Domogan said the upland city has programs aimed at protecting its environment from degradation for years.

“We are not like Boracay because we continuously look into possible ways and means on how to correct emerging environmental problems of tourism-related establishments operating in the city, making sure that hotels have their own sewage treatment plants to cater to their generated waste, so as not to contribute in the pollution of our river systems,” Domogan stressed in an interview with the Philippine News Agency (PNA).

He said while Boracay was noted by the Environmental Management Bureau (EMB) as not having proper wastewater disposal facilities, Baguio has never gotten such unfavorable report, since the city government and local government agencies are closely working together to address key environmental issues, especially when tourism-related establishments need to follow some rules.

He said the Baguio City government closely coordinated with neighboring local governments and the private sector to come up with the “Salaknib ti Waig” (Protection of river tributaries) program.

The program, he said, is for “effectively and efficiently addressing” the pollution problem in the Balili River and its tributaries across the Cordillera region to make sure the water from there is compliant with the Clean Water Act.

As for air pollution, Domogan said the Baguio City government is aggressively implementing its anti-smoke belching ordinance. He said the city has monitoring teams doing roadside inspections and catching and slapping fines on violators.

He said the City Environment and Parks Management Office (CEPMO) is also regularly checking on establishments to make sure these are linked to the city’s main sewer system and not on the drainage system, so that their wastewater would be treated by the city’s sewerage treatment facility.

He added the local government had also put up a separate sewage treatment plant for wastes coming from the city’s abattoir within the slaughterhouse compound, upon the EMB’s advice.

He said Baguio was also coordinating with the Department of Public Works and Highways for the planned establishment of another sewerage treatment plant within the City Camp Lagoon for the various villages around the camp area.

“We should not be afraid because we are already protecting our environment,” added Baguio Vice Mayor Edison Bilog.

Bilog said Baguio had passed its environment code two years ago, adding city residents must be the ones spearheading efforts to improve the city’s environmental condition.

Bilog recently filed a city council resolution for the conduct of a summit for tourism stakeholders in the city to tackle tourism issues.

“Baguio has been there for the longest time we would not want it to be a city that is only going to survive until it is 150,” remarked CEPMO head Cordelia Lacsamana in a separate interview with the PNA.

“We should take this again as an opportunity that at least the national government is looking very closely at preserving Baguio City as the environment jewel of the north and promoting the welfare of the citizens and the tourists who come in,” she said. “We look at it from the point of view of a more sustainable development and if the national government is proposing that, then let us take it as an opportunity to ask from them what they can provide us in terms of technical, expert advice and probably, in terms of resources to pursue a better development for the future.”

Saying there is such a thing as an outsider looking in, she opined: “We would like to presume that the people who are going to do the assessment are better experts, well trained, and who can provide the necessary input that can be integrated in the local process of governance because at the end of the day, and the bottom line is, they should be helping the local government.”

She said Baguio had put in place the necessary policy framework, citing city administrators had just approved Baguio’s City Land Use Plan (CLUP), defining how the lands in different parts of the city should be used.

“We have all the policies in place, but it is very nice that they are also looking into the implementation of the policies. A little more push,” she said. “Let us not be negative about being looked into,” she added.” (PNA)