DOM alert! Duterte on ‘Galawang Chavit’ video: ‘May the next mission be accomplished’ 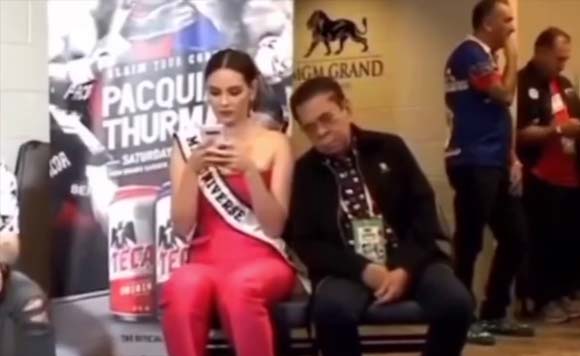 0 259
Share
Want more POLITIKO News? Get the latest newsfeed here. We publish dozens and dozens of politics-only news stories every hour. Click here to get to know more about your politiko - from trivial to crucial. it's our commitment to tell their stories. We follow your favorite POLITIKO like they are rockstars. If you are the politiko, always remember, your side is always our story. Read more. Find out more. Get the latest news here before it spreads on social media. Follow and bookmark this link. https://goo.gl/SvY8Kr

It takes one to know one indeed.

In a speech, Duterte said the video was shown to him by Senator Bong Go.

“Sabi ko wag mong… baka di totoo yan. Totoong patulog-tulog siya pero… Well, wala akong, we do not have that kind of opportunity to be… Ikaw ‘yon sir palaga… So we can only say good luck and may the next mission be accomplished,” said Duterte.

Singson and the rest of the crowd laughed.

Sana all! Mark Go and wife buy truck of produce from Atok…