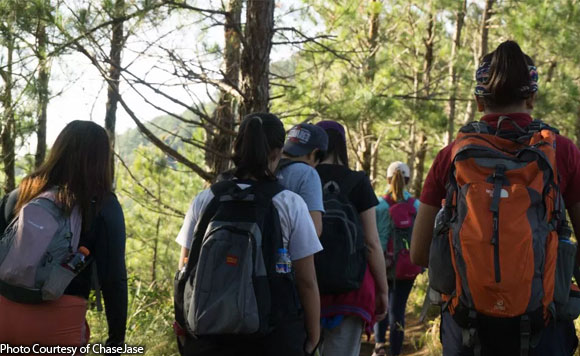 While it is ready for hikers and tourists this Holy Week, the local government of Itogon in Benguet has laid down rules for their safety.

Itogon town is a popular destination for local and foreign tourists because of its hot springs and mountains.

Mayor Victorio Palangdan said they have stationed lifeguards and installed signage “to advise the public about safety guidelines.”.

The local government will also have a standby ambulance with trained responders to attend to emergency cases, he added.

Itogon is less than an hour’s drive from Baguio City. It has several hot sulfur spring water swimming pools.

Among its top tourist spots are:

– Mount Ulap and Mount Ugo, popular for “skywalking” – an extreme sport that involves standing or walking on top of dangerously high places
– “Ave Maria” pilgrimage area put up by the town’s previous administration, with crosses for the “Stations of the Cross”

Meanwhile, Palangdan reminded resort operators to have their own responders for emergency situations and to prevent drowning.

He also said barangays have prepared their respective environmental guidelines to minimize if not prevent littering.

The mayor noted Barangay Ampucao even put a limit on the number of people who will be accommodated in the hiking areas to prevent damage to the surroundings.