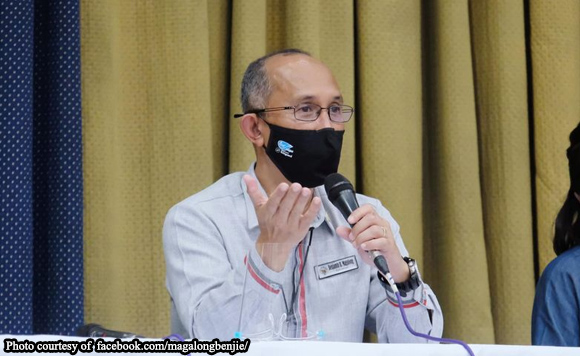 0 46
Share
Want more POLITIKO News? Get the latest newsfeed here. We publish dozens and dozens of politics-only news stories every hour. Click here to get to know more about your politiko - from trivial to crucial. it's our commitment to tell their stories. We follow your favorite POLITIKO like they are rockstars. If you are the politiko, always remember, your side is always our story. Read more. Find out more. Get the latest news here before it spreads on social media. Follow and bookmark this link. https://goo.gl/SvY8Kr

BAGUIO CITY — Mayor Benjamin Magalong on Friday said that the city will only accept tourists coming from the four provinces in Region 1 during the Phase 1 of the opening of Benguet’s borders to visitors.

“The tourism bubble will only be for the tourists from Pangasinan, La Union, Ilocos Norte, and Ilocos Sur,” he said.

The initial stage of the tourism bubble will be launched on September 22 where residents in Region 1 can visit the destinations in the four provinces and Baguio.

In the guidelines of the Ridge and Reef – Baguio – Region 1 Travel Corridor provided, the first phase will be an intra corridor that will run from one to two months from the time the program is launched.

The tours will be organized featuring up to five-day tours featuring mini circuits within provinces, pre-arranged staycations, and wedding, or small events destinations.

“All activities are arranged by the DOT (Department of Tourism)-accredited local tour operators assisted by DOT and LGU (local government unit) tourism offices.,” the guidelines said.

On the other hand, Phase 2 which will be between one to two months from the launching will already allow tourists from other parts of the country with the same quarantine category and risk levels. These areas could be those from Regions 2 and 3 depending on the situation by then.

Phase 3 will be a sub-national inter travel which is from the 3rd to 4th month from the launching.

It said LGUs from other parts of the country can be tourist generators, adding that tour programs may include air travel via Laoag City as entry point.

Under the guidelines, not allowed as tourists in the bubble during Phase 1 are senior citizens, pregnant women, persons with high-risk conditions, children with medical complexity, and those outside the tourism bubble.

Before travel, tourists are required to undergo a DOH-prescribed testing method at their own expense. They must pre-register at the online visitor’s registration system, which will give confirmation to each and every tourist whether they are allowed to enter to not. Each person will be provided with a QR code.

Engr. Aloysius Mapalo, in an earlier interview, said that tourists will be required to stay in an accredited hotel or accommodation establishment where protocols have been laid down for the safety of everybody.

He said the movement of the tourist will be monitored and checked and will not be allowed in places not identified in the itinerary during the online pre-registration.

She earlier said the program will be a test run for other areas that are seen to jumpstart the tourism industry in the country. (PNA)