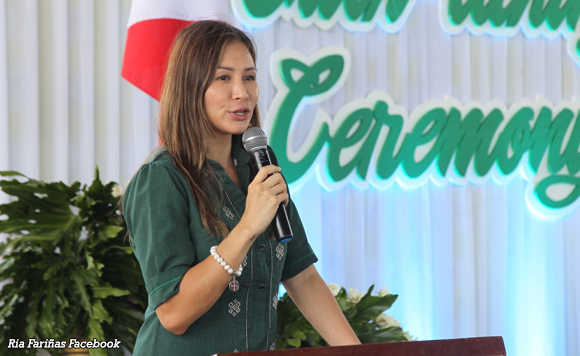 0 68
Share
Want more POLITIKO News? Get the latest newsfeed here. We publish dozens and dozens of politics-only news stories every hour. Click here to get to know more about your politiko - from trivial to crucial. it's our commitment to tell their stories. We follow your favorite POLITIKO like they are rockstars. If you are the politiko, always remember, your side is always our story. Read more. Find out more. Get the latest news here before it spreads on social media. Follow and bookmark this link. https://goo.gl/SvY8Kr

And it wasn’t just Fariñas who had Globe issues that day, since some of her Facebook friends commented they were having problems with the telco that day too.

Fariñas’ brother Rey Carlos Fariñas, barangay captain of Barangay 16 San Jacinto in Laoag City, then tried to ease tensions by pretending to be a not-so-helpful Globe customer contact representative in the comments section.

His suggestion? For Fariñas to reset her phone’s network settings.

Hopefully this politiko has a phone signal by now!