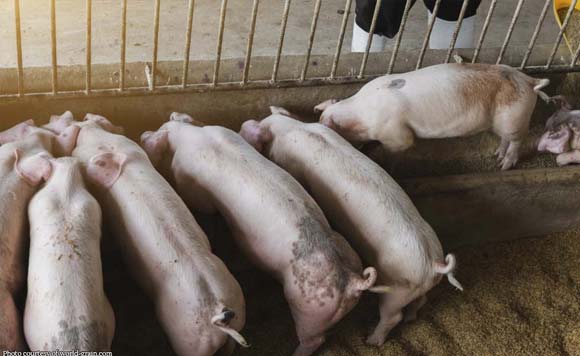 0 132
Share
Want more POLITIKO News? Get the latest newsfeed here. We publish dozens and dozens of politics-only news stories every hour. Click here to get to know more about your politiko - from trivial to crucial. it's our commitment to tell their stories. We follow your favorite POLITIKO like they are rockstars. If you are the politiko, always remember, your side is always our story. Read more. Find out more. Get the latest news here before it spreads on social media. Follow and bookmark this link. https://goo.gl/SvY8Kr

The Department of Agriculture (DA) has distributed over 2,000 sentinel piglets to backyard hog raisers that were affected by the African swine flu.

As part of its recovery program, DA turnedover hogs to owners whose pigs were culled over the last few months.

In an interview, assistant provincial veterinarian Jovito Tabajeros said all the ASF-affected hog raisers in the 36 towns and cities in the province have received sentinel piglets.

Tabajeros said the second batch of sentinel piglets will be given to the raisers in Laoac, Mangaldan, Asingan, and Natividad towns next week.

“So far, after the ASF test on the sentinel animals, all tested negative for ASF. Hence, this is a good sign that we are on the way to repopulation,” he said.