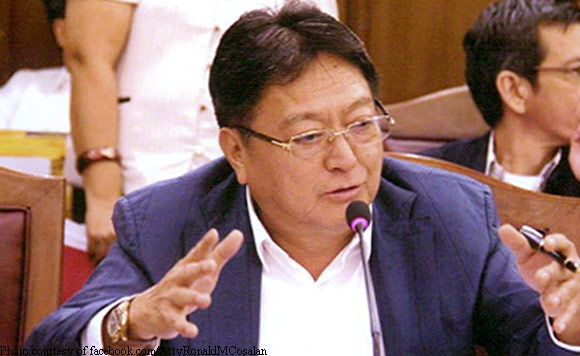 0 395
Share
Want more POLITIKO News? Get the latest newsfeed here. We publish dozens and dozens of politics-only news stories every hour. Click here to get to know more about your politiko - from trivial to crucial. it's our commitment to tell their stories. We follow your favorite POLITIKO like they are rockstars. If you are the politiko, always remember, your side is always our story. Read more. Find out more. Get the latest news here before it spreads on social media. Follow and bookmark this link. https://goo.gl/SvY8Kr

Benguet Representative Ronald Cosalan said he is fully supporting the passage of the medical marijuana bill.

The Benguet politiko said medical marijuana will be beneficial to many patients.

But Cosalan said the proposed bill must have the necessary safeguards.

“The law have already been passed in the Lower House and is now on the part of the Senate, but I have doubts if it would pass with the presence of Senator Tito Sotto who have expressed the non-passage of the law in the Upper House,” he said.

“As far as our local concern, I believe the passage of the marijuana bill in the Senate would help a lot in the Province of Benguet since the main and best source of marijuana in the whole of South East Asia are found in the try boundaries of Benguet, La Union and Ilocos area,” Cosalan said.

“Unlike in the States, the production of marijuana is being dictated by the federal government. If you were ordered to produce 100 kilos which would have to be registered and planted in a specific area, then it should only be 100 kilos,” Cosalan said.