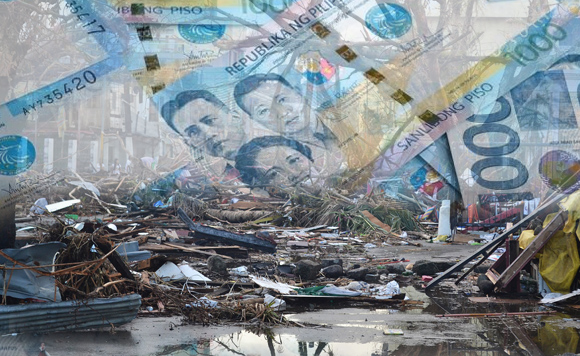 BAGUIO CITY — The Cordillera Administrative Region (CAR) is asking the national government for a P17.93-billion fund that will be used to rehabilitate and restore the region after being battered by Typhoons Ompong and Rosita in 2018.

The fund will be used to rebuild the damaged public infrastructures, houses, livelihood affected by both typhoons in September and in October last year.

“The master plan to restore the socio-economic conditions in the disaster-affected areas with high level of resilience and reduced poverty was prepared by the Cordillera Disaster Risk Reduction Management Council’s (CDRRMC) committee on recovery and rehabilitation composed of mostly government agencies and led by the National Economic and Development Authority (NEDA). It will be submitted to the National Disaster Risk Reduction Management Council (NDRRMC) with the hope of getting its quick response budget to fund the proposals,” NEDA supervising economic development specialist Marie Olga Difuntorum said on Monday.

Difuntorum said based on the Post-Disaster Needs Assessment (PDNA) report, the Cordillera recorded P21 billion in damages and losses due to the two typhoons that hit the region in 2018.

However, with the line agencies’ immediate response, some programs have been started and others are in progress, cutting down the proposed rehabilitation fund to PHP17 billion.

PDNA report shows the region suffered P5.3 billion worth of damages in infrastructure which will include transportation, flood control, irrigation system, power and water supply; P13.5 million in the productive sector like agriculture, fisheries and tourism;P1.9 billion in social sector including health, education and housing; and P227.7 million in the cross-sector which includes governance and the environment.

In social sector, there were a total of 1,583 completely damaged houses while 37,497 were partially damaged. A total of 65 percent of the damage houses were recorded in Apayao, while 25 percent in Abra.

Office of the Civil Defense Cordillera (OCD) Regional Director Albert Mogol said the rehabilitation and recovery plan for the region “will determine the extent of the damage left by a disaster.”

He said the Cordillera DRRMC is now focusing on the mitigation aspect of a disaster by coming up with flood control and slope protection measures.

“The DPWH (Department of Public Works and Highway) has said that slope protection will be included as a component of road projects to make sure that water will have its own access and will not seep on concrete and damage the road as well as cause the mountain to erode,” Mogol said.

“The national government is really helping us. They are committed in supporting us to be a disaster prepared and resilient region,” he added. (PNA)