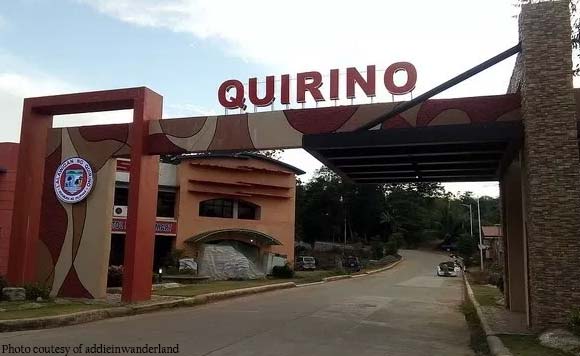 0 661
Share
Want more POLITIKO News? Get the latest newsfeed here. We publish dozens and dozens of politics-only news stories every hour. Click here to get to know more about your politiko - from trivial to crucial. it's our commitment to tell their stories. We follow your favorite POLITIKO like they are rockstars. If you are the politiko, always remember, your side is always our story. Read more. Find out more. Get the latest news here before it spreads on social media. Follow and bookmark this link. https://goo.gl/SvY8Kr

State auditors found that in 2018, Quirino posted a utilization rate of a mere P58.60 percent, meaning close to half of the funds were not used appropriately, “depriving the constituents of the benefits that could have been derived therefrom.”

“(The) year-to-year full implementation of these activities as planned is a measure of the LGU’s (local government unit) effectiveness and efficiency and sets the LGU above par as an outstanding program implementer,” the report read. “Ultimately, the constituents’ expectation is the fundamental factor that could define the benefits derived from these projects.” 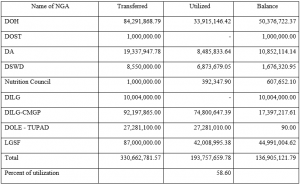 Source: 2018 Annual Audit Report on the Province of Quirino

The largest idle funds belonged to DOH, with over P50 million unutilized in 2018, audit records showed.

According to Quirino officials, 67 percent of the total amount had been disbursed by February 28, 2019, and they are “exerting great efforts in sourcing out funds from various national agencies to finance its priority projects.”

COA recommended that Quirino monitor the utilization of its idle funds, as well as to return “the remaining or unutilized amount” to their respective agencies.