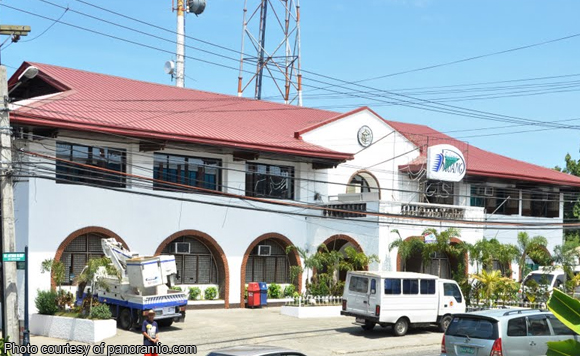 0 374
Share
Want more POLITIKO News? Get the latest newsfeed here. We publish dozens and dozens of politics-only news stories every hour. Click here to get to know more about your politiko - from trivial to crucial. it's our commitment to tell their stories. We follow your favorite POLITIKO like they are rockstars. If you are the politiko, always remember, your side is always our story. Read more. Find out more. Get the latest news here before it spreads on social media. Follow and bookmark this link. https://goo.gl/SvY8Kr

The implementation of two infrastructure projects worth P22,957,631.90 and delivery of medicines and supplies worth P701,256.30 were delayed for several days in Bauang municipality of La Union, earning the ire of state auditors.

There were two batches of deliveries of medicines and medical supplies which were delayed for 38 days and 17 days, respectively, the auditors added.

Auditors said its ocular inspection showed that electricals were not yet fully accomplished in the commercial building because of the ongoing painting.

The auditors also noted the following deficiencies in the construction of a municipal library: stairs were not yet tiled, hence the railings remained uninstalled; ongoing painting (interior and exterior); ongoing tile works in the comfort rooms and in the ground floor; sinks were not yet installed and counters were not yet tiled; and no glass were installed pending accomplishment of all other requisite items of work.

The delays in implementation violate the implementing rules and regulations of Republic Act 9184 or the Government Procurement Reform Act, which states that the contract effectivity date should be provided in the Notice to Proceed by the Procuring Entity.

The delays prevented the timely use of the said projects by the constituents, auditors said.

“The delays in the delivery of goods and the implementation of infrastructures was a result of lack of monitoring on suppliers/contractors’ compliance with the terms of the contract and the significant timelines that should be observed. While Liquidated Damages may be imposed, delays in the delivery of medicines and medical supplies may cause the inavailability of these items within the expected lead time,” the auditors said.

“Moreover, the delay in the implementation of the infrastructure projects consequently delays their usefulness,” they added.

The municipal government blamed weather disturbances as the reason behind the delays.

The COA urged the municipal mayor E.C. Martin De Guzman III to ensure the timeliness of project completion and deliveries, and to closely monitor the implementation of contracts.