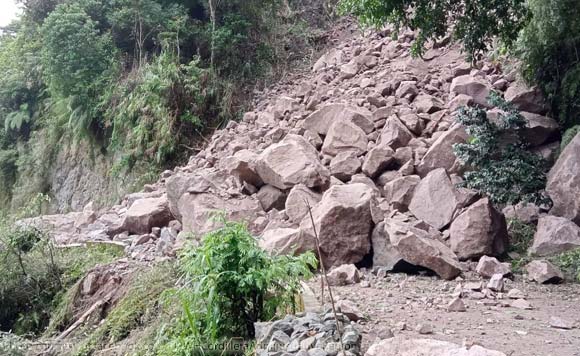 0 254
Share
Want more POLITIKO News? Get the latest newsfeed here. We publish dozens and dozens of politics-only news stories every hour. Click here to get to know more about your politiko - from trivial to crucial. it's our commitment to tell their stories. We follow your favorite POLITIKO like they are rockstars. If you are the politiko, always remember, your side is always our story. Read more. Find out more. Get the latest news here before it spreads on social media. Follow and bookmark this link. https://goo.gl/SvY8Kr

The Cordillera Administrative Region government reported that at least P710 million will be needed to repair and rehabilitate road infrastructures damaged by the magnitude 7 earthquake in Abra last July 27.

Department of Public Works and Highways (DPWH)-CAR regional director Khadaffi Tanggol reported that the estimated initial amount necessary for the repairs would be at around P710,507,529 that would cover the damages in Abra, Baguio City, Benguet, Ifugao, Kalinga, and Mountain Province.

He noted that many infrastructure damage were reported in the region, including including tunnel cracks, road slips, collapsed and damaged stone masonry, section loss, damaged paved shoulder, collapsed dike wall, and damages on the slope protection in the different provinces.

In a media interview on Thursday, Tanggol said the “assessment and verification is ongoing. The first thing we did was to open the roads to allow goods and services to be moved especially relief items needed by the victims at the different affected areas.”