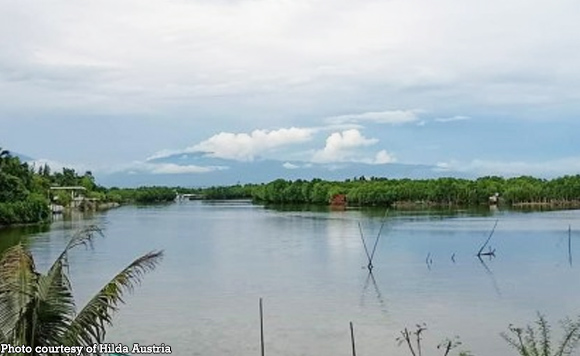 0 392
Share
Want more POLITIKO News? Get the latest newsfeed here. We publish dozens and dozens of politics-only news stories every hour. Click here to get to know more about your politiko - from trivial to crucial. it's our commitment to tell their stories. We follow your favorite POLITIKO like they are rockstars. If you are the politiko, always remember, your side is always our story. Read more. Find out more. Get the latest news here before it spreads on social media. Follow and bookmark this link. https://goo.gl/SvY8Kr

DAGUPAN CITY — The city government is set to re-launch the Dawel River Cruise next month to attract more tourists to come to the city, known as the Bangus Capital of the Philippines.

“We want to open it by December but since the boats needed to be transferred to the other side of the Dawel Bridge, we needed to dismantle first the boats’ roof and in order to pass under the bridge, we needed to wait for the low tide,” Mayor Marc Brian Lim said in an interview Wednesday.

Upon their inspection, Lim said the docking area or port of the boats also needs refurbishment.

“Paints have chipped and there are some damages to the pavements, the rest rooms as well. We are bidding out for its rehabilitation. Basically, we started from scratch,” he said.

The Dawel River Cruise was first launched in 2012 by his father, the late mayor Benjamin S. Lim.

“It was already looking good; it is having its momentum. Then, it was stopped because of politics.

Sometimes, good ideas are not continued because it does not come from you (them), which is not a good mentality to have. The river cruise is an example of a good project but it was not continued,” Lim said.

Dagupan City does not have much tourist attractions, so there is the need to create one, aside from the Bonuan Tondaligan beach, he said.

“The river is naturally beautiful already,” he added.

The cruise is expected to traverse along the Dawel-Watac-Mamalingling rivers.

“Originally, it was BSL’s idea. There will fish-feeding at the end of the cruise, restaurants on the side that will serve the famous Dagupan bangus. I recommended a zipline crisscrossing the river as part of future plans,” Lim said.

He added the city government continues to dismantle illegal fish pens and cages, along the cruise route.

“There are still existing pens but we have an agreement with them that once the cruise started, they should remove their structures right away,” Lim said.

Meanwhile, the Dagupan lights at the city’s Quintos Bridge, plaza and the giant wishing Christmas tree are attracting more tourists in the city since it was ceremonially lighted on Nov. 12.

The Christmas attractions in the city are switched on daily at 6 p.m. until 11 p.m. It is now a favorite selfie-spot or even pre-nuptial spot, including from residents of other towns in the province.

“People come here from as far as Mangatarem, Bayambang, San Nicolas, Malasiqui, among others,” Lim said.

The visitors, he added, may not only take photos but also drop their written wishes in the box in front of giant Christmas tree in front of the city museum.

“The wishing box will be turned-over to Archbishop Socrates Villegas of the Lingayen-Dagupan Archdiocese on Dec. 24 so the church could bless the people’s wishes,” Lim said.