Bongbong should take House bluff and join ‘Ilocos 6’ in detention. Here’s why 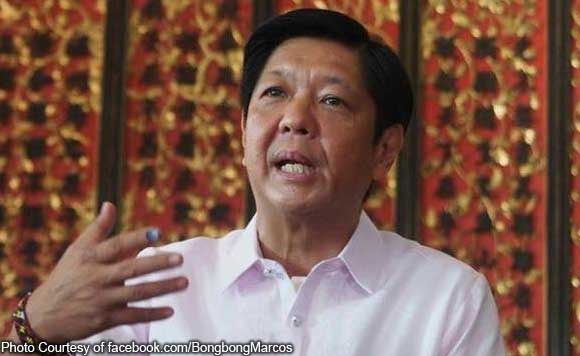 0 382
Share
Want more POLITIKO News? Get the latest newsfeed here. We publish dozens and dozens of politics-only news stories every hour. Click here to get to know more about your politiko - from trivial to crucial. it's our commitment to tell their stories. We follow your favorite POLITIKO like they are rockstars. If you are the politiko, always remember, your side is always our story. Read more. Find out more. Get the latest news here before it spreads on social media. Follow and bookmark this link. https://goo.gl/SvY8Kr

Former senator Ferdinand “Bongbong” Marcos Jr. should allow himself to be arrested if the House of Representatives cites him in contempt in connection with its probe on the alleged misuse of Ilocos Norte’s tobacco excise tax collection.

Manila Times columnist Yen Makabenta said Marcos will send a message about “the abuse of power in the 16th Congress” if he allows himself to be arrested and detained by the House committee on good government and public accountability headed by Surigao del Sur Rep. Johnny Pimentel.

“I will wager a slice of my modest earnings that Pimentel will not make the arrest. He may even shut up,” Makabenta said in his July 9 column.

Pimentel has warned that his committee may cite Bongbong in contempt for advising his sister, Ilocos Norte governor Imee Marcos, to snub the legislative hearings.

The lawmaker said what Bongbong did was no different from the offense committed by Senator Leila de Lima when she advised her former driver and lover, Ronnie Dayan, to skip the House probe on the illegal drug trade in the New Bilibid Prison.

The provincial government of Ilocos Norte is accused of misusing tobacco funds by buying P66.45 million worth of vehicles, which were not among the items for which the excise tax collection should be used.