Bongbong pays tribute to dad Marcos: ‘He had a very clear vision for our country’ 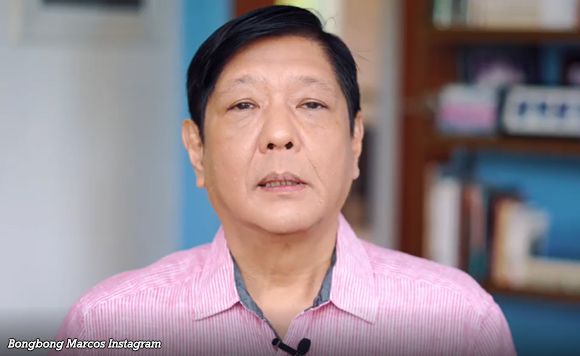 0 100
Share
Want more POLITIKO News? Get the latest newsfeed here. We publish dozens and dozens of politics-only news stories every hour. Click here to get to know more about your politiko - from trivial to crucial. it's our commitment to tell their stories. We follow your favorite POLITIKO like they are rockstars. If you are the politiko, always remember, your side is always our story. Read more. Find out more. Get the latest news here before it spreads on social media. Follow and bookmark this link. https://goo.gl/SvY8Kr

Former senator Ferdinand “Bongbong” Marcos Jr., the only son and namesake of the late dictator Ferdinand Marcos Sr., heaped praises on his father as they marked the latter’s 104th birth anniversary.

In his vlog on Saturday, September 11, the younger Marcos said his father had viewed his work as president “as one of nation-building.”

He said this is what set his father apart from other politikos.

“Saan ba tayo patungo? ‘Yun ang laging kanyang iniisip. He viewed his work as president as one of nation-building of building up our country to make it better. That is the motivation that I think we should return into our political system,” he added.

The elder Marcos, however, ruled the Philippines with an iron fist for 21 years. He was ousted during the 1986 EDSA People Power Revolution.

His family has since made their political comeback. Bongbong Marcos is mulling a presidential bid in the 2022 elections.