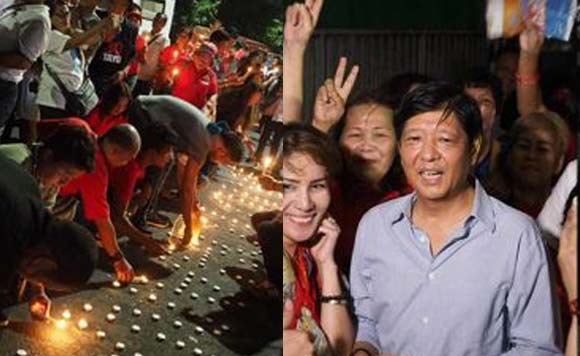 Former senator Bongbong Marcos on February 8 questioned the need for a psychological test for revisors in connection to his electoral protest againt Vice President Leni Robredo.

The Ilocos Norte politiko joined his supporters at the Supreme Court (SC) for a supposed prayer vigil for the beginning of the ballot recount.

Marcos lamented that the ballot recount was delayed for about a month.

The SC, sitting as the Presidential Electoral Tribunal (PET), set the start of the ballot recount on March 19.

“Kaya sila andito to hold a vigil but the recount was moved to next month again. This prayer vigil turned into a protest to show displeasure,” Marcos said.

“It is almost two years but not one ballot box has been opened. I hope the recount will really push through next month,” he added.#