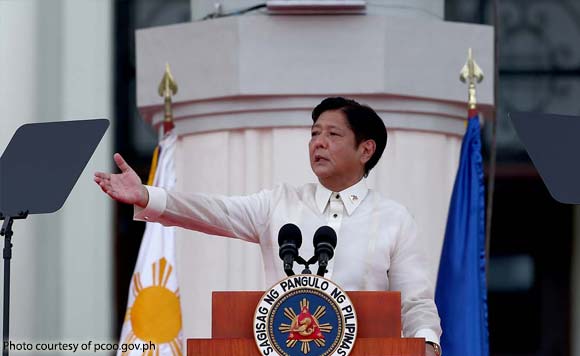 0 728
Share
Want more POLITIKO News? Get the latest newsfeed here. We publish dozens and dozens of politics-only news stories every hour. Click here to get to know more about your politiko - from trivial to crucial. it's our commitment to tell their stories. We follow your favorite POLITIKO like they are rockstars. If you are the politiko, always remember, your side is always our story. Read more. Find out more. Get the latest news here before it spreads on social media. Follow and bookmark this link. https://goo.gl/SvY8Kr

The Department of Public Works and Highways in the Ilocos Region (DPWH-1) confirmed that the ongoing “Build Build Build” program will be sustained under the administration of President elect Ferdinand “Bongbong” Marcos Jr.

“A brighter future awaits Region 1 as the economic team of the incoming administration is assured to continue smart infrastructure development in the region,” DPWH-1 assistant regional director Emmanuel Diaz said during the State of the Region’s Development Conference held in San Fernando City, La Union on Wednesday, June 29.

In his last state of the region address, outgoing Vigan City Mayor Juan Carlo Medina has highlighted the BBB program’s significant improvement of the Ilocos Region’s economy, especially amid the pandemic.

“Our economy is now recovering and becoming vibrant once again,” the Politiko said, citing the 5% growth of the region’s economy and employment in 2021.