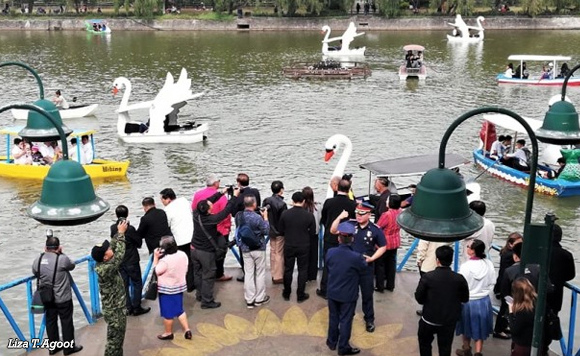 0 2,296
Share
Want more POLITIKO News? Get the latest newsfeed here. We publish dozens and dozens of politics-only news stories every hour. Click here to get to know more about your politiko - from trivial to crucial. it's our commitment to tell their stories. We follow your favorite POLITIKO like they are rockstars. If you are the politiko, always remember, your side is always our story. Read more. Find out more. Get the latest news here before it spreads on social media. Follow and bookmark this link. https://goo.gl/SvY8Kr

Baguio City Police Office (BCPO) border personnel reported a total of 1,445 tourists who have been denied entry for the whole month of September due to the lack of travel requirements.

In a report, local officials also flagged two colorum vehicles that were apprehended by the police during the same period. According to the City Disaster Risk Reduction and Management Office Chief, this is part of their intensified implementation of lockdown protocol in the city to curb the spread of COVID-19.

However, no travelers presenting fake documents were apprehended.