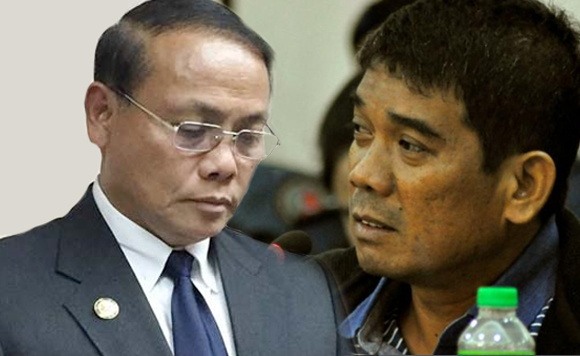 0 243
Share
Want more POLITIKO News? Get the latest newsfeed here. We publish dozens and dozens of politics-only news stories every hour. Click here to get to know more about your politiko - from trivial to crucial. it's our commitment to tell their stories. We follow your favorite POLITIKO like they are rockstars. If you are the politiko, always remember, your side is always our story. Read more. Find out more. Get the latest news here before it spreads on social media. Follow and bookmark this link. https://goo.gl/SvY8Kr

Out of all the House politikos who sat though Ronnie Dayan’s eight-hour testimony before the Justice Committee Thursday (November 25), only one seemed to show genuine concern for him.

In the middle of his colleagues’ grilling of the New Bilibid Prison (NBP) drug trade suspect, Bataoil took on the microphone and manifested his “concern for Dayan and his family’s safety”.

“Dayan is my constituent in Pangasinan. I feel that it is my duty, he should be kept alive,” said Bataoil, a former Philippine National Police (PNP) chief.

“I would like to ask Chief PNP Dela Rosa that Dayan will be assured of his safety,” he said.

Earlier in the hearing, Justice Committee chairman, Oriental Mindoro Rep. Rey Umali manifested that keeping Dayan detained at the House of Representatives (HOR) was a “risky and costly” endeavor.

“This may be asking too much from the institution,” he said.