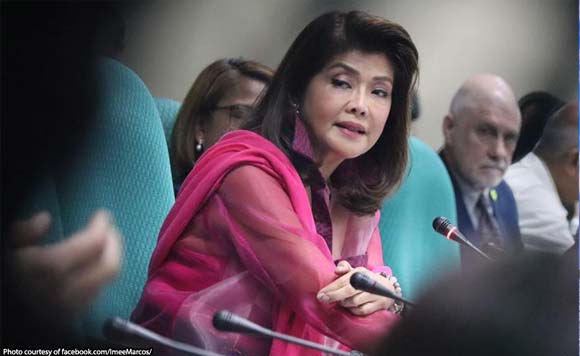 0 334
Share
Want more POLITIKO News? Get the latest newsfeed here. We publish dozens and dozens of politics-only news stories every hour. Click here to get to know more about your politiko - from trivial to crucial. it's our commitment to tell their stories. We follow your favorite POLITIKO like they are rockstars. If you are the politiko, always remember, your side is always our story. Read more. Find out more. Get the latest news here before it spreads on social media. Follow and bookmark this link. https://goo.gl/SvY8Kr

Senator Imee Marcos said there would be “no problem” with reopening the still-shutdown ABS-CBN should her brother, former senator Ferdinand Marcos Jr., become the next Philippine president.

Speaking to ANC Headstart on Tuesday, December 21, the Ilocano politiko said her younger brother would likely allow ABS-CBN to resume its broadcast operations as long as the issues linked to the media giant have been resolved.

“To my mind, ABS, under the new construct defined by law and all the problems that have been already revealed, once it solves all that, para sa akin walang problemang buksan ‘yan. First 100 days para makita natin,” said Marcos.

In July 2020, ABS-CBN had to cease its broadcast operations after a House committee refused to renew its legislative franchise due to a number of alleged violations.

This came after many threats from President Rodrigo Duterte himself that he would close down the network he deems to be critical of him.