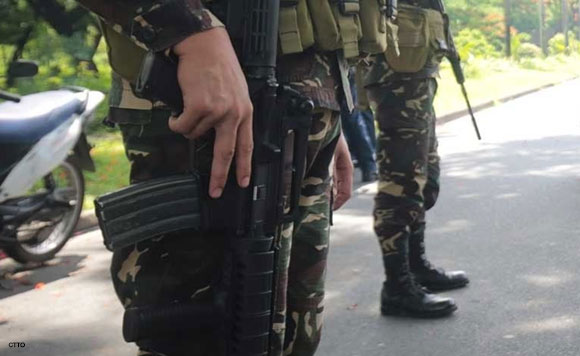 0 286
Share
Want more POLITIKO News? Get the latest newsfeed here. We publish dozens and dozens of politics-only news stories every hour. Click here to get to know more about your politiko - from trivial to crucial. it's our commitment to tell their stories. We follow your favorite POLITIKO like they are rockstars. If you are the politiko, always remember, your side is always our story. Read more. Find out more. Get the latest news here before it spreads on social media. Follow and bookmark this link. https://goo.gl/SvY8Kr

At least four soldiers from the Philippine Army were wounded after a 30-minute clash with members of the New People’s Army (NPA) in Ilagan, Isabela.

Major Jekyll Dulawan, who also serves as the Philippine Army’s 5th Infantry Division spokesperson, said the wounded soldiers were airlifted from the site and were brought to the military hospital for treatment.

The Politiko added that it was the villagers who gave a tip about the presence of NPA rebels which are part of the Regional Sentro De Gravidad of the Komiteng Rehiyon-Cagayan Valley. They said that the said rebels were extorting food from them and reported them to the soldiers.

Seized from the site were an M16 rifle, two shotguns, three magazines, and 53 bullets for an M16 rifle, five shotgun shells, and personal belongings.
https://www.youtube.com/watch?v=LTeh6E69ZK