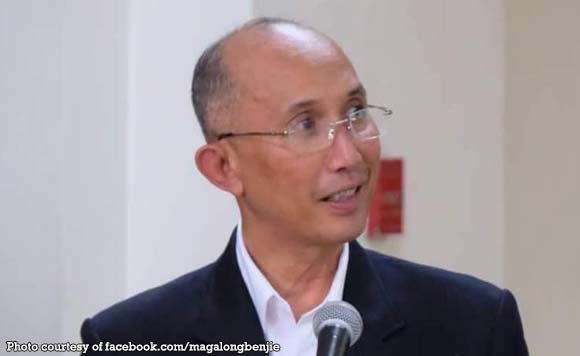 0 1,375
Share
Want more POLITIKO News? Get the latest newsfeed here. We publish dozens and dozens of politics-only news stories every hour. Click here to get to know more about your politiko - from trivial to crucial. it's our commitment to tell their stories. We follow your favorite POLITIKO like they are rockstars. If you are the politiko, always remember, your side is always our story. Read more. Find out more. Get the latest news here before it spreads on social media. Follow and bookmark this link. https://goo.gl/SvY8Kr

BAGUIO CITY — Mayor Benjamin Magalong sought the help of the Metropolitan Manila Development Authority (MMDA) to ease the worsening traffic in the city through the use of its software.

“Kinausap ko na si [MMDA Chairman] General (Danny) Lim kasi natatagalan ang team nila (I have talked to General Danny Lim). I asked if they can give us priority, they will come the last week of this month and they will bring with them the traffic simulation software,” Magalong said on Wednesday.

The traffic simulation software is a technology that analyzes inputs provided to it and the impact to other road systems in cases of a traffic scheme done on one or several areas, Magalong said.

He said observation alone was not enough in implementing traffic schemes, noting that there has to be a scientific basis in addressing traffic.

“There will be gathering of data that will be entered in the system. It will analyze the information and intervention as well as its impact to other roads so that you can properly plan what you need to do,” Magalong said.

Magalong said he had ordered the purchase of a computer-based traffic light, worth P30 million, that would replace the old ones.

Among the plans to ease traffic include road widening, demolition of structures encroaching public roads, and re-planning the metric designs of islands.

Magalong said road widening from Police Station 5 to Sta. Catalina is critical, including the Naguilian Road from Camp Allen to Cooyeesan.

He said the Department of Public Works and Highways had allotted an initial fund of PHP100 million for the city’s projects starting this year.