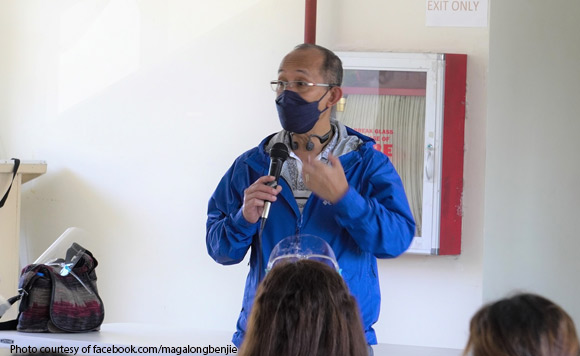 0 157
Share
Want more POLITIKO News? Get the latest newsfeed here. We publish dozens and dozens of politics-only news stories every hour. Click here to get to know more about your politiko - from trivial to crucial. it's our commitment to tell their stories. We follow your favorite POLITIKO like they are rockstars. If you are the politiko, always remember, your side is always our story. Read more. Find out more. Get the latest news here before it spreads on social media. Follow and bookmark this link. https://goo.gl/SvY8Kr

In an appeal, the Politiko asked for the cooperation of the city’s residents and urged them ‘not to mess around’ with the line.

“It is expected that people would want to test the line out of curiosity and it is fine as long as you signify that these are test calls. However, if your intention is to jam the line, confuse or just play a trick to the responders, then please refrain from doing so,” he said.

Felipe Puzon, executive assistant of the City Mayor’s Office, said the Baguio 911 line had logged a total of 8,673 calls since its launch on October 12. He added that 3,038 of the total calls were dropped and 3,907 were tagged as prank calls.