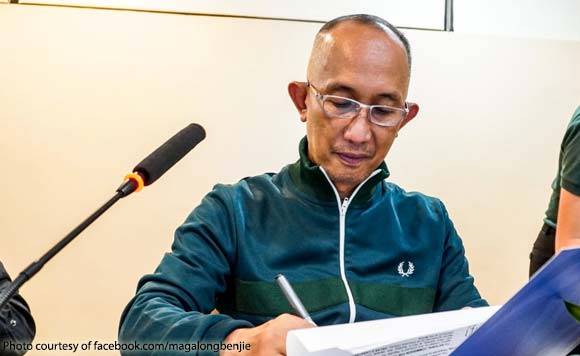 0 2,123
Share
Want more POLITIKO News? Get the latest newsfeed here. We publish dozens and dozens of politics-only news stories every hour. Click here to get to know more about your politiko - from trivial to crucial. it's our commitment to tell their stories. We follow your favorite POLITIKO like they are rockstars. If you are the politiko, always remember, your side is always our story. Read more. Find out more. Get the latest news here before it spreads on social media. Follow and bookmark this link. https://goo.gl/SvY8Kr

Baguio City Mayor Benjamin Magalong filed corruption complaints before the Office of the Ombudsman in Quezon City against six engineers, an officer from Baguio City District Engineering Office (BCDEO), and one private contractor for their alleged anomalous transaction in a government-funded project.

The Politiko confirmed that the Ombudsman office received the affidavit of complaint on Tuesday, July 5, regarding the P10.4-million off-carriageway improvement project of a tertiary road along A. Bonifacio Road.

In his complaint, Mayor Magalong alleged that the the contractor allegedly failed to remedy defects and comply with the BCDEO Project Engineers and construction inspectors’s recommendations.

The contractors also breached the contract after failing to finish the project within 120 days.