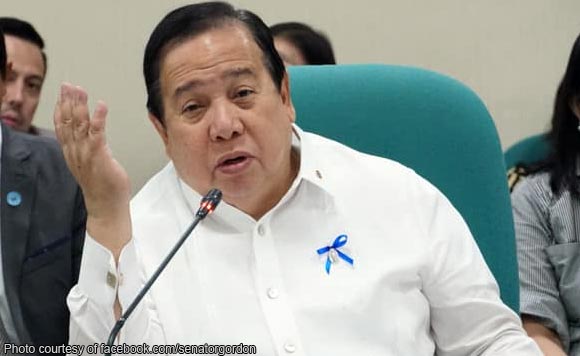 0 246
Share
Want more POLITIKO News? Get the latest newsfeed here. We publish dozens and dozens of politics-only news stories every hour. Click here to get to know more about your politiko - from trivial to crucial. it's our commitment to tell their stories. We follow your favorite POLITIKO like they are rockstars. If you are the politiko, always remember, your side is always our story. Read more. Find out more. Get the latest news here before it spreads on social media. Follow and bookmark this link. https://goo.gl/SvY8Kr

The local executives said Gordon’s substitute bill did not incorporate their suggestions that were included in Senate Bill 1692 which originally recommended the creation the Baguio-La Trinidad-Itogon-Sablan-Tuba-Tublay Development Authority (BLISTTDA).

“We were surprised to learn that your committee recommended for the approval of a substitute bill, SB 2169, to SB 1692 that seeks to create the Greater Baguio-Benguet Development Authority (GBBDA) which virtually set aside our earlier recommendations on how to make the BLISTTDA not an added layer of bureaucracy,” they said in their letter.

“With all due respect, the substitute bill will not in any way help in addressing the concerns that we raised but it is viewed to be another layer of bureaucracy that will infringe on the local autonomy of local governments as embodied in the provisions of Republic Act (RA) 7160 or the Local government code of the Philippines aside from intruding into the rights of our indigenous peoples in Benguet whose rights over their ancestral domain are protected under RA 8371 or the Indigenous Peoples rights Act (IPRA),” they added.