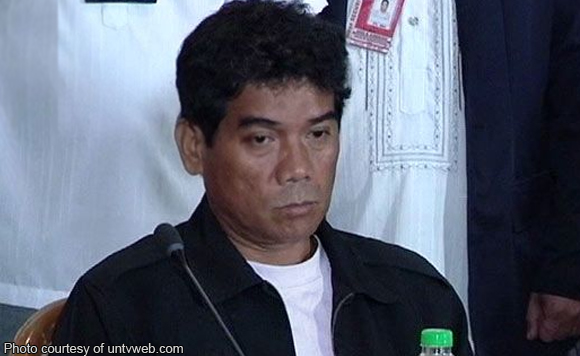 0 275
Share
Want more POLITIKO News? Get the latest newsfeed here. We publish dozens and dozens of politics-only news stories every hour. Click here to get to know more about your politiko - from trivial to crucial. it's our commitment to tell their stories. We follow your favorite POLITIKO like they are rockstars. If you are the politiko, always remember, your side is always our story. Read more. Find out more. Get the latest news here before it spreads on social media. Follow and bookmark this link. https://goo.gl/SvY8Kr

The former arrived at PPPO headquarters in Lingayen amid tight security around 10: 30 p.m.

Earlier, Dayan gave his testimony before the House of Representatives’ Committee on Justice which is looking into the alleged proliferation of illegal drugs inside the New Bilibid Prison.

The former also requested to visit his family in Barangay Dalangiring, Urbiztondo, a request which is yet being evaluated by the PPPO

The PPPO arrested Dayan last November 21 in San Juan, La Union after two months of hiding in a mountainous barangay in the town of San Gabriel.

He declined the offer of some congressmen for him to remain under their protective custody and instead opted to go home to his family in Urbiztondo.