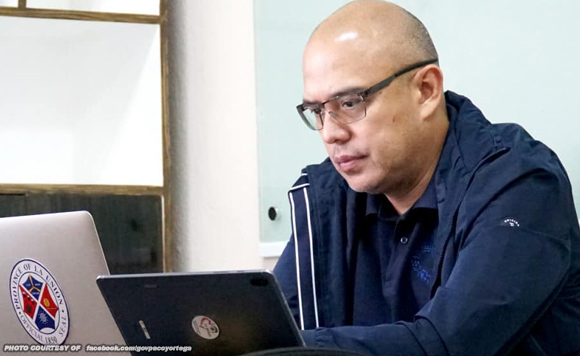 0 72
Share
Want more POLITIKO News? Get the latest newsfeed here. We publish dozens and dozens of politics-only news stories every hour. Click here to get to know more about your politiko - from trivial to crucial. it's our commitment to tell their stories. We follow your favorite POLITIKO like they are rockstars. If you are the politiko, always remember, your side is always our story. Read more. Find out more. Get the latest news here before it spreads on social media. Follow and bookmark this link. https://goo.gl/SvY8Kr

La Union Governor Francisco Emmanuel Ortega III’s executive assistant has filed an attempted murder complaint against one of the jail officers in the province.

According to local news reports, Justino Casunga, the Politiko’s EA, filed the complaint against Jail Officer 1 Juanito Estrebor II of the Bureau of Jail Management and Penology (BJMP), who was assigned to a Quezon City Jail. Casunga stated that Estrebor was seen roaming with a firearm near his house.

Initial investigation showed that the executive assistant previously reported an unidentified male roaming near his place and requested for temporary security from the Philippine National Police.

The PNP reported that on July 25, Casunga was approached by the suspect with a firearm as he alighted his vehicle, but quickly turned back upon seeing the two PNP personnel, assigned to the executive assistant. The suspect was confronted and arrested by the security detail.