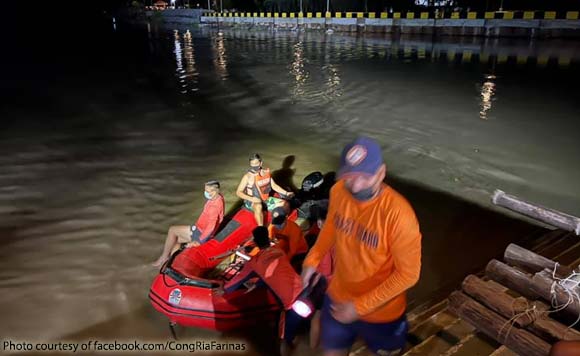 0 135
Share
Want more POLITIKO News? Get the latest newsfeed here. We publish dozens and dozens of politics-only news stories every hour. Click here to get to know more about your politiko - from trivial to crucial. it's our commitment to tell their stories. We follow your favorite POLITIKO like they are rockstars. If you are the politiko, always remember, your side is always our story. Read more. Find out more. Get the latest news here before it spreads on social media. Follow and bookmark this link. https://goo.gl/SvY8Kr

The Fariñas siblings worked with members of the Philippine Coast Guard to conduct rescue operations at the La Paz Fish Port in the wake of Severe Tropical Storm Maring.

Ilocos Norte 1st District Representative Ria Fariñas said on Tuesday, October 12, that she and her siblings joined the rescue efforts after receiving a distress call from a resident trapped by the flood at the port.

The Fariñas siblings, public service is a family affair.