Army says no final date yet on Marcos internment in LNMB 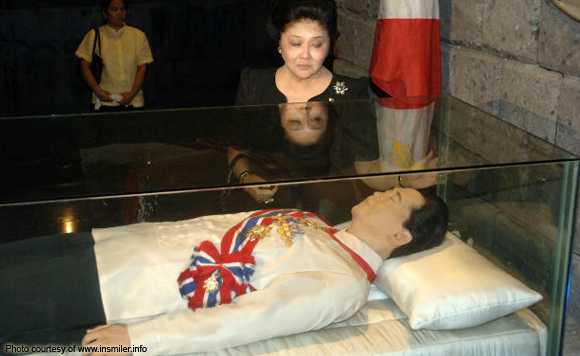 0 266
Share
Want more POLITIKO News? Get the latest newsfeed here. We publish dozens and dozens of politics-only news stories every hour. Click here to get to know more about your politiko - from trivial to crucial. it's our commitment to tell their stories. We follow your favorite POLITIKO like they are rockstars. If you are the politiko, always remember, your side is always our story. Read more. Find out more. Get the latest news here before it spreads on social media. Follow and bookmark this link. https://goo.gl/SvY8Kr

No final date yet is set on the internment of former president Ferdinand E. Marcos at the “Libingan Ng Mga Bayani” (LNMB) in Fort Bonifacio, Taguig City.

(As the designated protocol officer), I coordinated with the Marcos family and I asked them on whether they have any concerns we need to address, (and for the moment), they said they have none and they are still waiting for the final coordination on the date (of the former president’s internment,” Army spokesperson Col. Benjamin Hao said in Filipino.

Hao earlier said the Army is ready to provide the deceased head of state with military honors befitting his rank as former president once the date for his internment at the LNMB is formalized.

“We will provide former president Marcos military honors fitting (for) a president of our country. He will be given arrival honors by Army brigade-sized honor guard when his remains enter the LNMB. He will also given a 21-gun salute,” he added.

As of this posting, the remains of three president, Carlos P. Garcia, Diosdado Macapagal and Elpidio Quirino are now interred there.

Hao said the Presidential Section still has room for 46 more.