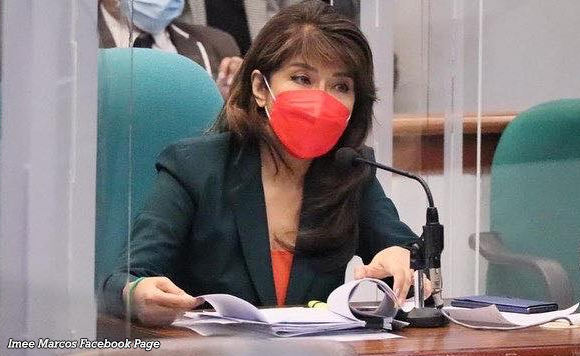 0 408
Share
Want more POLITIKO News? Get the latest newsfeed here. We publish dozens and dozens of politics-only news stories every hour. Click here to get to know more about your politiko - from trivial to crucial. it's our commitment to tell their stories. We follow your favorite POLITIKO like they are rockstars. If you are the politiko, always remember, your side is always our story. Read more. Find out more. Get the latest news here before it spreads on social media. Follow and bookmark this link. https://goo.gl/SvY8Kr

In a Facebook post on Thursday, December 2, the Ilocano politiko reminded her ally Duterte that the Marcoses are not his enemies.

“Frankly, we were heartbroken by the almost violent reaction of the President. But we are not the enemy. That is very, very clear. We’ve been allies, we’ve been supporters, and it goes way back,” said Marcos in a Facebook post.

She recalled how the President’s father had been a “distinguished” member of the Cabinet of her father, the late dictator Ferdinand Marcos Sr.

Marcos hopes Duterte would be able to get past his shock and just accept Marcos Jr.’s tandem with Sara Duterte. The President had been against his daughter running for vice president, wishing instead she would have gunned for the presidency.

“On our part, we hope that any resentment or shock caused by the team-up with Mayor Sara would subside. Please understand and together let’s carry on,” said Marcos.