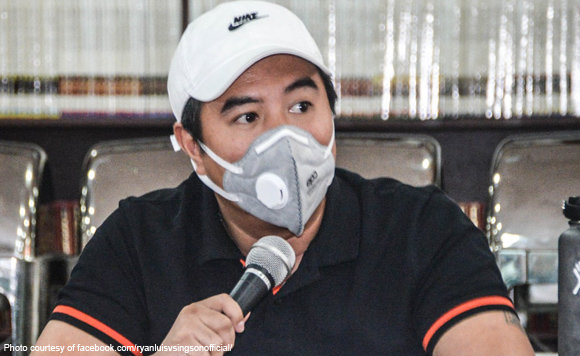 0 156
Share
Want more POLITIKO News? Get the latest newsfeed here. We publish dozens and dozens of politics-only news stories every hour. Click here to get to know more about your politiko - from trivial to crucial. it's our commitment to tell their stories. We follow your favorite POLITIKO like they are rockstars. If you are the politiko, always remember, your side is always our story. Read more. Find out more. Get the latest news here before it spreads on social media. Follow and bookmark this link. https://goo.gl/SvY8Kr

On Saturday, April 18, the politiko said no less than the Department of the Interior and Local Government (DILG) upheld this decision, which the Philippine National Police (PNP) initially refused to implement.

Singson was since able to secure a letter from DILG Regional Director James Fadrilan saying Ilocos Sur’s move to allow OFWs back into the province is in compliance with the national government’s guidelines.

“This matter was clarified in the letter where it categorically pronounced that the guidelines issued by the IATF – Ilocos Sur is in order and NOT in any way in conflict with any national directive,” Singson said.

The governor explained they allowed OFWs to enter Ilocos Sur after the latter complaint of lack of livelihood, food, and shelter.

“The body allowed the entry of the qualified returning residents to the Province because we felt that it is more advantageous for them to be here subject however to some conditions in order not to compromise the efforts of the Provincial Government in preventing community transmission,” Singson said.

Gov Ortega’s pandemic advice: ‘Spread the love, not the…

‘Wag awayin! Baguilat would rather convince unvaxxed to get…