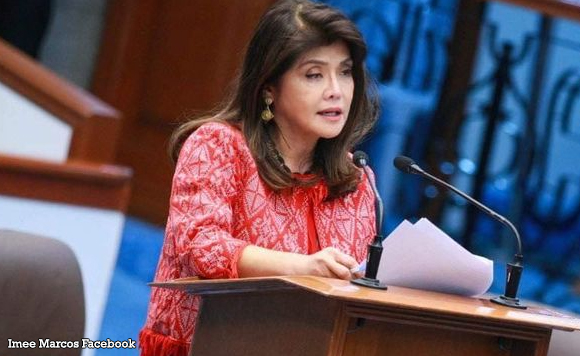 0 23
Share
Want more POLITIKO News? Get the latest newsfeed here. We publish dozens and dozens of politics-only news stories every hour. Click here to get to know more about your politiko - from trivial to crucial. it's our commitment to tell their stories. We follow your favorite POLITIKO like they are rockstars. If you are the politiko, always remember, your side is always our story. Read more. Find out more. Get the latest news here before it spreads on social media. Follow and bookmark this link. https://goo.gl/SvY8Kr

Senator Imee Marcos is wary of the foreign firm chosen to supply the country’s national ID system, saying it could be another “Smartmatic” situation.

In a Facebook post on Friday, October 9, the politiko called on the National Economic Development Authority and the Philippine Statistics Authority to look into Indian firm Madras Security Printers and its Philippine partner Mega Data Corporation.

This was because Madras was the only qualified bidder after bidding rules were changed, Marcos said.

“Unless NEDA and the PSA clarify this at once, public skepticism towards the national ID could scuttle the pre-registration phase that begins on Monday (October 12),” she added.

The Marcos family had long been suspicious of Smartmatic, the manufacturer of the vote-counting machines used during the 2016 elections, where Marcos’ younger brother Bongbong ran but lost for vice president.

Bongbong has since filed an electoral protest against Vice President Leni Robredo, who beat him by just a slight margin.

Kape, ligo, at dasal: Councilor Fariñas on what makes her…