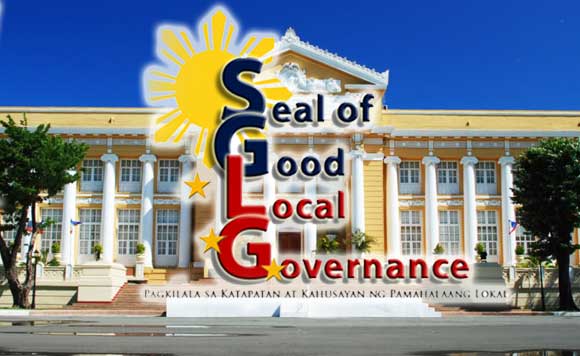 0 487
Share
Want more POLITIKO News? Get the latest newsfeed here. We publish dozens and dozens of politics-only news stories every hour. Click here to get to know more about your politiko - from trivial to crucial. it's our commitment to tell their stories. We follow your favorite POLITIKO like they are rockstars. If you are the politiko, always remember, your side is always our story. Read more. Find out more. Get the latest news here before it spreads on social media. Follow and bookmark this link. https://goo.gl/SvY8Kr

The 16 local government units (LGUs) in Pangasinan which did not pass the criteria set under the Seal of Good Local Government (SGLG) will be given technical assistance by the Department of the Interior and Local Government (DILG) so that they could be included in the list of awardees next year.

Dawis said it is the hope of the DILG in Pangasinan that those who did not make it will earn the award next year.

This year’s awardees include all the four cities of the province and 32 municipalities, plus the province of Pangasinan.

“It is our hope that all LGUs in Pangasinan or 100 percent will earn SGLGs in 2018,” said Dawis, noting that in this year’s search, Pangasinan had the biggest number of LGUs all over the country that bagged the SGLG awards.

She admitted that some LGUs in the province that were awarded SGLG last year were not in the list of awardees this year, and those who were not awarded last year, got their SGLG this year.

Dawis revealed that one area considered for the award is the remittance of loans of officials and employees with the Government Service Insurance Systems which the LGUs must facilitate through salary deduction.

A few LGUs perhaps failed to remit the payment to the loan of their personnel in full, that was why they did not make the grade set in this year’s SGLG, she said.

In this year’s SGLG award, a performance challenge fund will be given to the recipients — PHP3 million for the province; PHP2.4 million for cities; and PHP2 million for municipalities.

The PCF must be spent by the SGLG recipients for meaningful development projects in their respective localities that will benefit their constituents, Dawis said.

She said the SGLG award is more than just the cash prize that goes with it, that is why LGUs do everything they can to get the award.

Mayors and governors consider the SGLG a legacy that they can leave their constituents, Dawis said. (PNA)