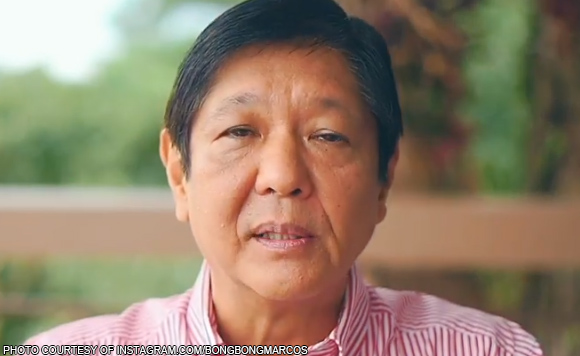 0 111
Share
Want more POLITIKO News? Get the latest newsfeed here. We publish dozens and dozens of politics-only news stories every hour. Click here to get to know more about your politiko - from trivial to crucial. it's our commitment to tell their stories. We follow your favorite POLITIKO like they are rockstars. If you are the politiko, always remember, your side is always our story. Read more. Find out more. Get the latest news here before it spreads on social media. Follow and bookmark this link. https://goo.gl/SvY8Kr

Did former Senator Ferdinand “Bongbong” Marcos Jr. just give a thinly-veiled hint on who he was backing during the heated battle for the speakership?

The Ilocano politiko dedicated his video blog on Saturday, October 17, explaining the validity behind the ouster of Taguig City-Pateros 1st District Representative Alan Peter Cayetano as Speaker and the rise of Marinduque Representative Lord Allan Velasco as new House leader.

In his six-minute vlog, Marcos pretty much echoed the justification that Velasco and his allies used to defend their move to unseat Cayetano: that the majority makes the rules in the House.

“Even if the rules say one thing, if the congressmen decide by a majority vote to suspend the rules, they can also do that. Basta merong majority vote,” added Marcos.

Marcos also said there is no such thing as a “fake” House mace, which represents the power of the chamber. Cayetano allies had earlier questioned the improvised mace used during the proceedings inside the sports club.

“The mace is actually a formality. It is a symbol of session. There is no such thing as a fake mace. Because if a majority of congressman say, ‘Ayan na ang aming official mace,’ ayun na ‘yung official mace,” he said.

Velasco’s allies formalized his election inside the Batasang Pambansa’s session hall on October 13, the same day Cayetano “resigned” from as Speaker.

Marcos himself is well-aware of the power dynamics in the House, having been a former congressman of Ilocos Norte.