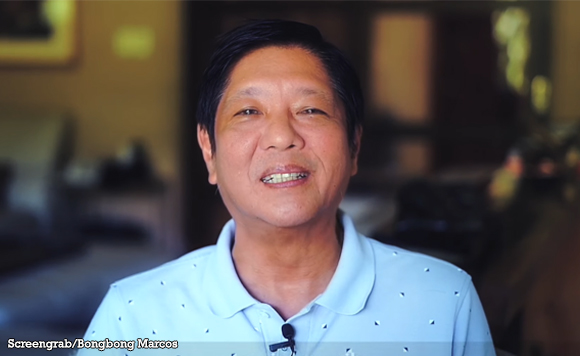 0 75
Share
Want more POLITIKO News? Get the latest newsfeed here. We publish dozens and dozens of politics-only news stories every hour. Click here to get to know more about your politiko - from trivial to crucial. it's our commitment to tell their stories. We follow your favorite POLITIKO like they are rockstars. If you are the politiko, always remember, your side is always our story. Read more. Find out more. Get the latest news here before it spreads on social media. Follow and bookmark this link. https://goo.gl/SvY8Kr

Accused of funding propagandists online, former senator Ferdinand “Bongbong” Marcos Jr. turns out to be a victim of fake news himself.

In his vlog last Saturday, May 29, the Ilocano politiko debunked the longtime urban legend claiming that the real Bongbong Marcos had supposedly died as a child and the person the public has been seeing is just a clone.

According to the rumors, the young Marcos supposedly died after being stabbed during a fight. His parents, the late dictator Ferdinand Marcos Sr. and former first lady Imelda Marcos, then allegedly looked for another person that looks exactly like their son to replace him.

But Marcos said none of the rumors are true, noting that his life was well-documented as a son of a former president.