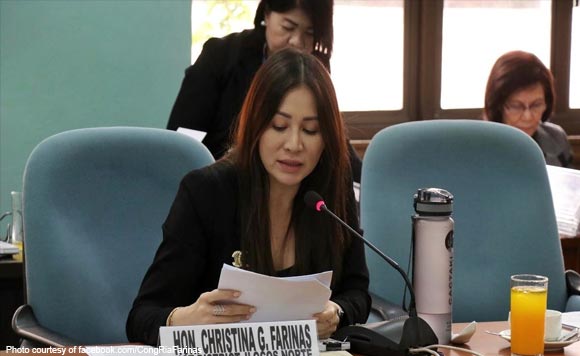 Nothing like getting a big win with your sibling right beside you.

Republic Act No. 11468 declaring the National Day of Remembrance for Road Crash Victims was finally signed into law by President Rodrigo Duterte.

The first version of the measure was filed by the Fariñas patriarch, former House Majority Leader Rodolfo “Rudy” Fariñas Jr., in the previous 17th Congress. His children Ria and Baby Boy re-filed the bill in the current 18th Congress.

“Our first bill, co-authored with Rep. Rudys Fariñas I, has officially been signed into law!” Ria Fariñas said in a Facebook post on Wednesday, January 29.

“Republic Act 11468 or the National Day of Remembrance for Road Crash Victims pays tribute to all the victims of road accidents, but most importantly, this bill aims to raise awareness on the causes and consequences of road accidents and promote road safety through a collaborative effort from various sectors,” she added.

Our first bill, co-authored with Rep. Rudys Fariñas I, has officially been signed into law! 👍Republic Act 11468 or the…

BBM: ‘We must use all means available’ to…