7 years after freak accident, Ria Fariñas grateful to be alive 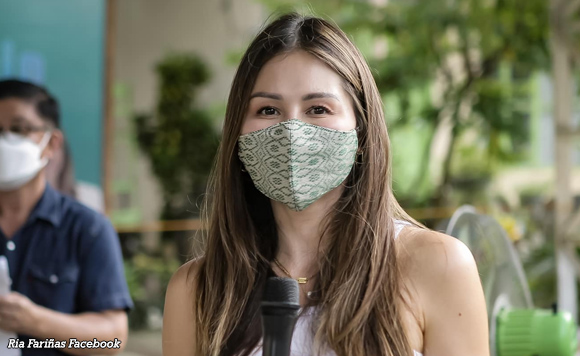 0 54
Share
Want more POLITIKO News? Get the latest newsfeed here. We publish dozens and dozens of politics-only news stories every hour. Click here to get to know more about your politiko - from trivial to crucial. it's our commitment to tell their stories. We follow your favorite POLITIKO like they are rockstars. If you are the politiko, always remember, your side is always our story. Read more. Find out more. Get the latest news here before it spreads on social media. Follow and bookmark this link. https://goo.gl/SvY8Kr

The resolve of Ilocos Norte 1st District Representative Ria Fariñas to be of service to others is rooted on that fateful day seven years ago when she almost lost her life.

On Monday, September 13, the politiko recalled her near-death experience after an SUV rammed into her and 14 other people while they were attending a funeral. Her sister-in-law and Vigan City Councilor Janina Medina-Fariñas were among those injured.

The accident broke three of Fariñas’ ribs, fractured her collar bone, collapsed her lungs, and lacerated her liver, which required the congresswoman to undergo several surgeries.

“Not a lot of people know that I consider Sept. 13, 2014 as my second bday. On this day, 13 people, myself & Janina Medina-Fariñas included, were ran over by an SUV while attending a funeral. We were very lucky to make it out alive of that freak accident because sadly, 2 people lost their lives,” Fariñas said in a Facebook post.

She said the accident gave more meaning to her life as a public servant.

“A lot of people would tell me then ‘adu pay ti inka ubraen…’ I never thought much about it then but right now it makes more sense. And everyday I’m thankful that I am privileged to help others, no matter how big or small,” said Fariñas.