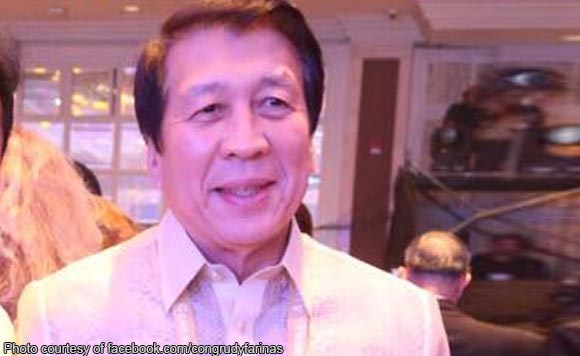 Following his withdrawal from the gubernatorial race, Ilocos Norte 1st District Rep. Rodolfo Fariñas on Thursday announced that he would be retiring from politics after his term ends in June.

The 67-year-old lawmaker, who filed his withdrawal at the Commission on Elections earlier in the day, said he was not really keen on running for any office in the May 13 mid-term polls.

Fariñas said he has been announcing to his constituents that he was not running.

“From Day 1 of the campaign until today, having covered 272 of my district’s 285 barangays, I’ve been announcing in my speeches that I was not running for Governor,” he said.

He said he does not even have a single campaign poster, nor is his name included in the sample ballots of his daughter, Ria, who is running for his post as 1st District Representative.

Fariñas, who served as Ilocos Norte governor before winning a congressional seat, added that he has never even gone to the other districts of the province.

Meanwhile, Fariñas said he is already looking forward to his last day in office.

When asked by reporters by what he meant by “freedom,” the veteran politician answered “free to be doing nothing.”

“And absolute quality time for my kids and grandchildren! And, myself, of course!” he said.

Fariñas hoped that the incoming governor of Ilocos Norte would do well like he did when he was governor.

In his 10-year tenure as governor from 1988-1998, Fariñas received various awards and commendations, which included the Most Outstanding Provincial Governor award in 1988 and Most Outstanding Governor Award of the Year 1996.

With his withdrawal from the 2019 gubernatorial race, Ilocos Norte board member Matthew Marcos Manotoc became the sole candidate for governor.

“I hope that given his youth and vigor, and that he has barely served the public in three years, he will serve the province excellently like I did,” Fariñas said. (PNA)